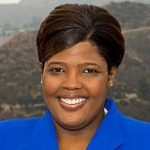 Dr. Monica Brown attended college, medical school, and graduate school in the University of Texas system. Dr. Brown has completed residencies in Emergency Medicine and Occupational Medicine. Dr. Brown is also actively involved in leadership positions within other medical organizations. In addition to this, she participates in international medical missions in various countries. Dr. Brown is a proud member of Sigma Gamma Rho Sorority, Inc. She has held several leadership positions in the sorority.

Dr. Monica Clark-Reed is a 1997 graduate of The University of Illinois at Chicago College of Medicine and a 2008 graduate of The University of Texas at Houston School of Public Health. She is an independent family and occupational medicine physician. She enjoys volunteering and working with peers in other countries. Dr. Clark-Reed currently serves as an executive officer of the Harris County Academy of Family Practice Board and serves as a delegate to the Texas Academy of Family Practice. She is a fellow of the American College of Environmental Medicine has been an active member its house of delegates. Dr. Clark-Reed’s most relevant interest are in preventive community health and environmental justice for any/all underserved populations. 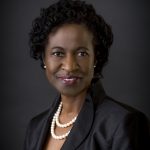 Dr. Wanda L. Nelson is now a retiree who worked in the field of education for 43 years. Her career has included working with students in grades K-16. In 1989, she was hired at the University of Texas at Austin in the position of Assistant Dean of Students for Retention Services, and developed programs to increase the academic success and graduation rates for Black and Hispanic undergraduate students. Other positions held at UT were Assistant Vice President and Executive Director of the University Outreach Centers, Associate Vice President for Pre-College Youth Development Programs and Student Diversity Initiatives.
Dr. Nelson has also had a passion for working with student groups throughout her career. Currently, she volunteers as a student mentor in the Austin ISD and tutors elementary school students. She is a member of Sigma Gamma Rho Sorority, Inc. 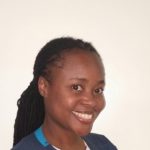 Raquel Paige is a registered nurse who has worked in pediatrics since 2002. She is a 2002 graduate of Northeastern University in Boston, Mass. She is a Certified Rehabilitation Registered Nurse (CRRN) and a Certified Pediatric Nurse (CPN). Currently, she is studying to become a wound and ostomy nurse so she can provide education on wound and skin care to pediatric patients and their families. She has been a member of Sigma Gamma Rho Sorority, Inc. since 2000 and currently, serves as the president of the Culver City Alumnae Chapter. She is from Los Angeles by way of Boston who loves to dance, relax at the beach and spend time with family and friends. 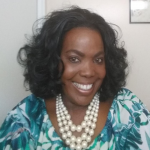 Rev. Allison Stradford is an educator, missionary, ordained minister and a life coach. She has a passion for education through ministry — at home and abroad. Rev. Allison served as an ambassador to the United Nations Conference in New York, representing the young missionaries of the African Methodist Episcopal (AME) Church, a panelist and organizer for young women’s programs and workshops, throughout the 5th Episcopal District. As a missionary, she sojourned to Maputo, Mozambique with a team of 12 missionaries from throughout the AME Church to launch the Maama Kit. As a youth advisor the 5th Episcopal District with a youth delegation to Kingston, Jamaica to rebuild and repair AME churches that were damaged by a natural disaster. In addition, she led a delegation of 107 missionaries to Lusaka, Zambia to serve God’s people. Also, as a licensed minister, she sojourned with the 5th Episcopal District to Chennai, India to start over 40 AME churches.
Rev. Allison has been very instrumental in empowering young people in the AME Church. She served as a Christian educator and created curriculum for the Tawana Christian Conference for Young People, in Ohio.
Rev. Allison accepted her call to preach in November 2006 and was licensed to preach in 2007. She was ordained an itinerant deacon in 2010 and an itinerant elder in 2012 by the Right Rev. Theodore Larry Kirkland, who was the presiding prelate of the 5th Episcopal District of the AME Church.
Rev. Allison has earned an Associate of Arts degree in liberal studies from Los Angeles Southwest College, Bachelor of Arts and Master of Arts degree in psychology from California State University, Los Angeles, and a Master of Arts degree in Christian leadership from Fuller Theological Seminary in Pasadena, California. She is also a proud United States Navy veteran.
Professionally, Rev. Allison works in the automobile insurance industry.